The month of October flew by for us! It was filled with road trips, job interviews, our annual Halloween Party, Mia's 6th month mark, baking, crafting, tests, and football games!

About a week ago Eric went to Vernal to go hunting, so I decided to go home for the week while he was away. Mia was of course spoiled by Grandpa and Grandma and mom and I had fun sewing blankets and pants for Mia, making cards, baking cookies, and of course watching our sappy (as the boys would say) Hallmark movies. And sorry, I failed again to take pictures of this trip :( Eric also had a good week home, but still didn't have much luck bringing anything home, but is still enthusiastic for next year. After being away from each other for a week, we were both getting kind of home sick so Eric surprised me by coming home early...and let me tell you, it was definitely a surprise! I had just gotten into bed and was laying there when I saw a figure in the hallway, I was so scared! I thought someone had broken into our apartment! Anyway, it was good to have him back home!

For the Halloween weekend, we had our Annual Halloween Party on Saturday! For the last 3 years my sister and I have put on a Halloween party and each year I go through this phase of loving to plan a party and entertain to "why the heck do I do this every year!" It can be a lot of work to throw a party for a lot of people, but in the end I always circle back to enjoying it. For this years party we realized we had invited a lot more people then last year and one of our small apartments was not going to work so we rented out a room at a place called Noah's in Lindon. We got a good deal on in and it ended up being a perfect  and "homey" place where we could spread out a little. We had dinner and then played games. One being the Just Dance game for the Kinect and there was laughs all around when doing the boys vs. girls. It was another successful party! Thanks to everyone who was able to make it and we missed those who couldn't be there and to babysitters who let some of us parents enjoy a night out!


These are the invites to the party. They turned out really cute! 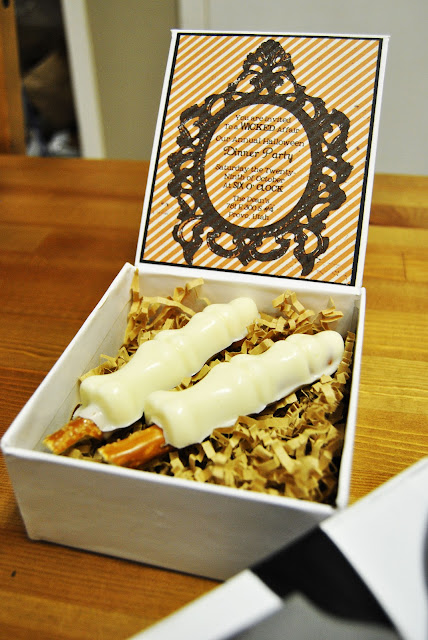 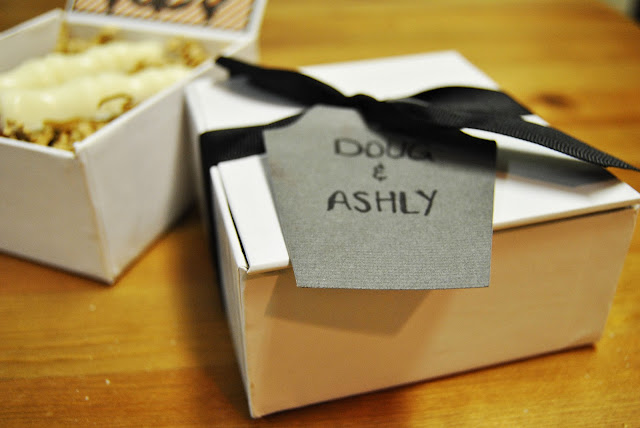 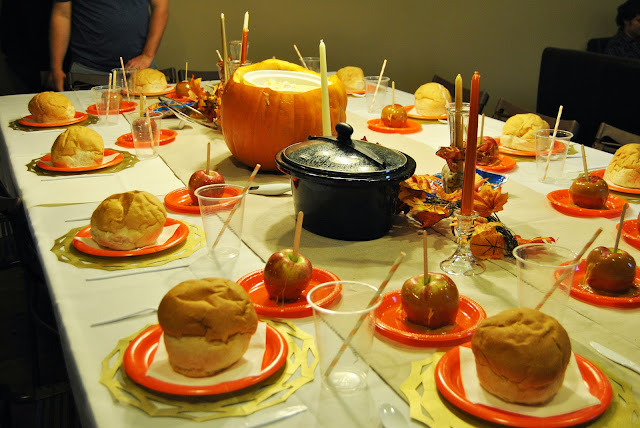 I couldn't resist taking pictures when the boys went on the Just Dance game. It was entertaining to watch! 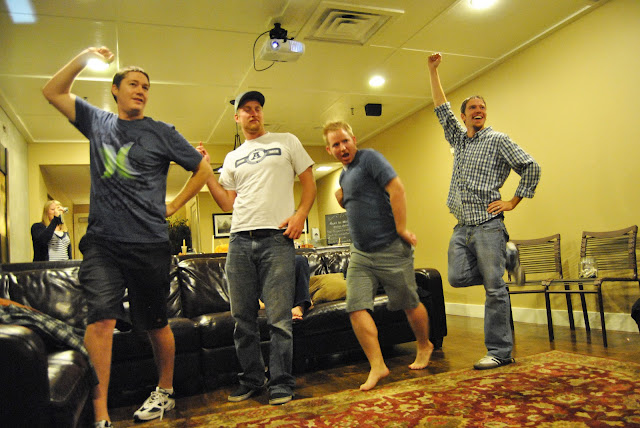 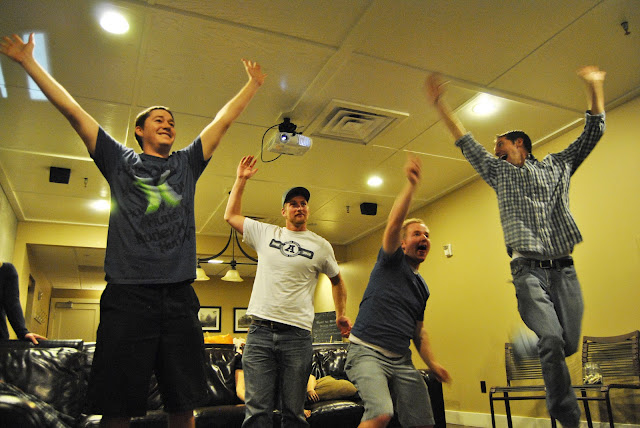 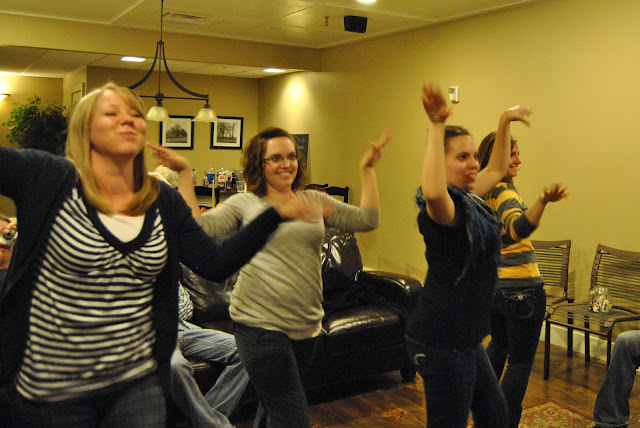 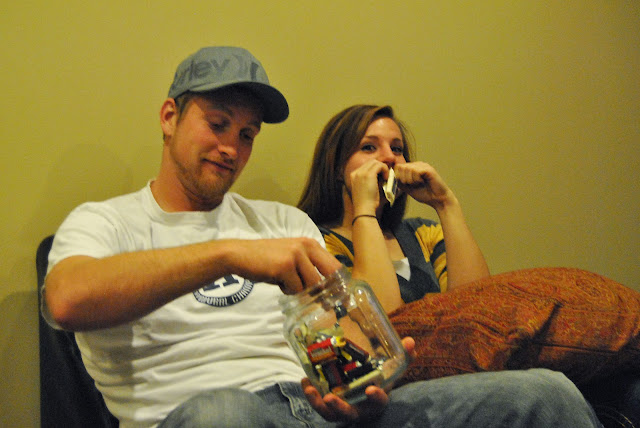 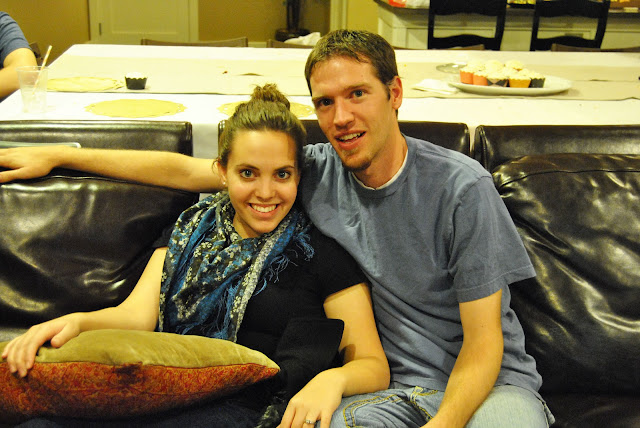 Other then our party, Halloween was pretty low key. In feeling guilty that everyone was dressing up their kids for Halloween, I crocheted Mia a Minion hat from the movie "Despicable Me". For doing so last minute I thought it turned out cute and I just love Mia in hats! Since we didn't go trick-or-treating I had her wear it to the store. 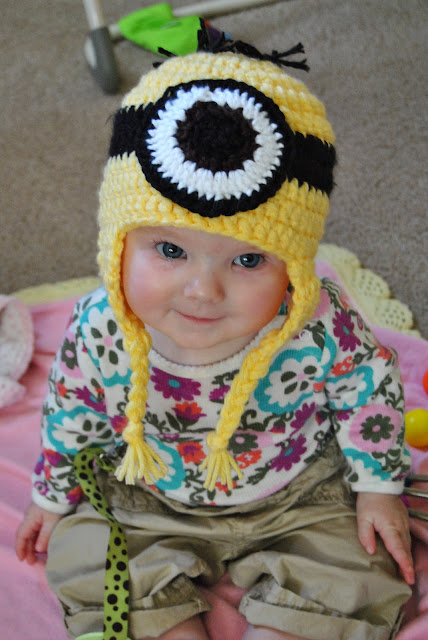 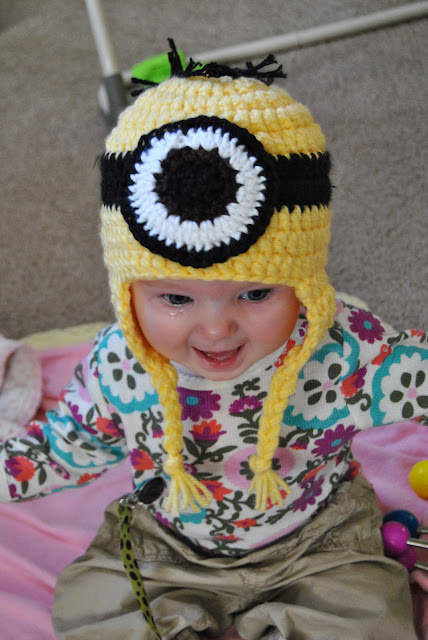 Now for my quick general notes so this post doesn't end up a novel (sorry), Eric has had quite a few job interviews this month for jobs after he graduates in April. Our biggest lead on a job so far is one in Portland Oregon. He's had two interviews so far and now they are flying him out for a final interview this weekend. I'm both nervous and excited. I had really set my sights on staying here in Utah to be close to both our families so I'm really having to rely on faith that the Lord will take our family where ever is best for us.

As I also mentioned earlier, Mia is now 6 months! She is going to be a year before we know it. She is now sitting up all by herself, is starting to figure out how to crawl by putting her legs under her, is getting better at eating solid food, says "da-da" and just talks (very loudly) all day long! She's even got the camera face down where when I pull it out to take a picture she does this little smirk. Basically, she gives me more and more reasons every day to make me love her even more! 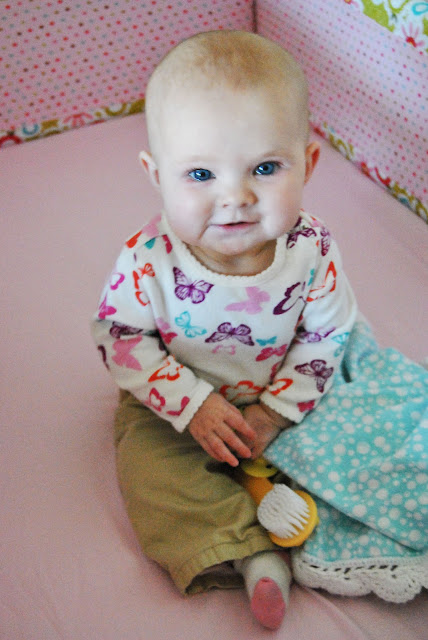 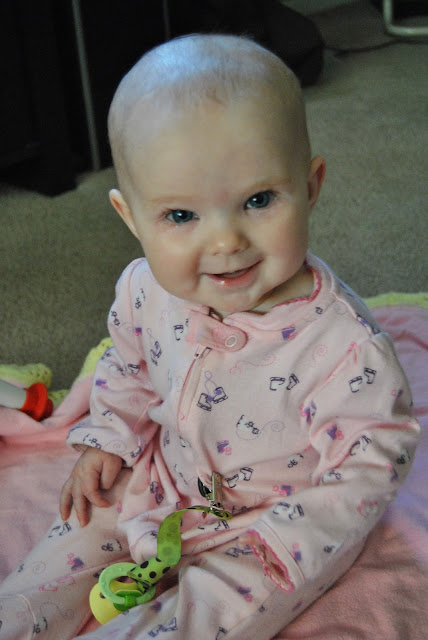 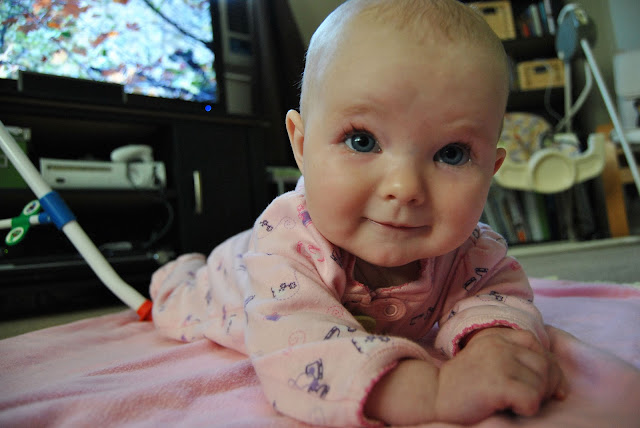 Mia practicing getting her legs under her to crawl. We'll see how long it actually takes her to do it! 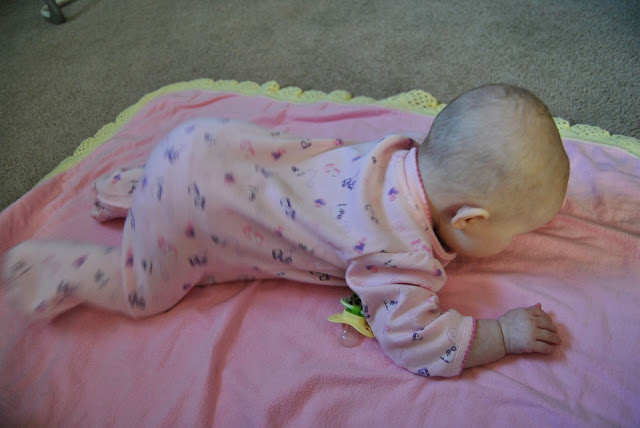 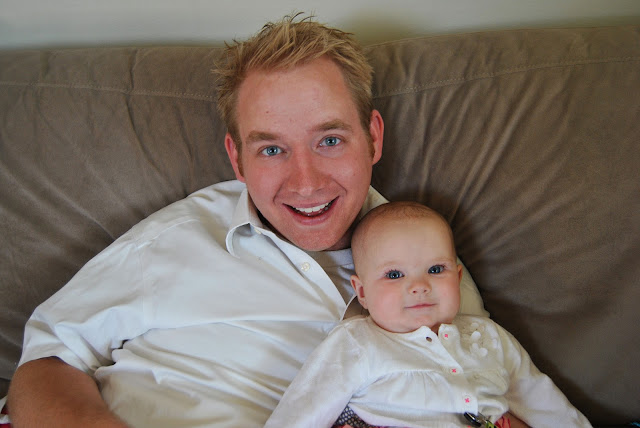 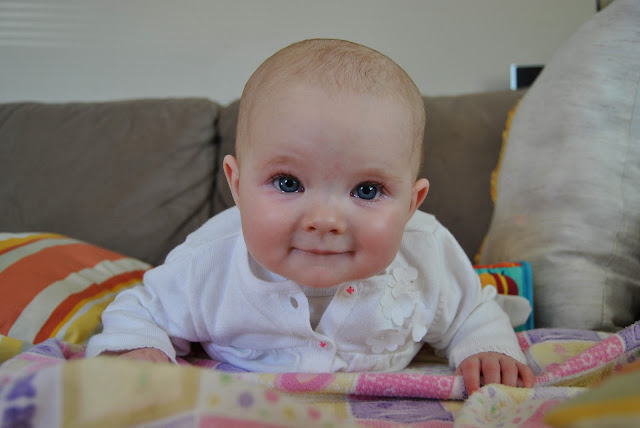 Posted by Hanna Caldwell at 7:53 AM