So my crazy summer and overwhelming "to-do" list is in full swing which has led to a little bit of neglect to the blog. I have been crafting, cleaning and studying like a maniac while at the same time having fun with family.

The latest family fun was over the 4th of July. My parents and little brother came in and stayed with us for the holiday weekend. Since we had already broke the tradition of going out to Ely for the 4th of July we decided to stick with that theme and some other new things to celebrate the holiday as well.

Instead of the traditional BBQ with all the trimmings we decided to try a southern dish we got from one of Eric's aunts who served a mission in New Orleans. I like to think of it as a Shrimp and Sausage Boil but it's official name is Frogmore Stew. Try to overlook the fact that the name sounds kind of unappetizing and give it a try! This dish is as casual as it gets, but super tasty at the same time and it's fun to do with a group of people. 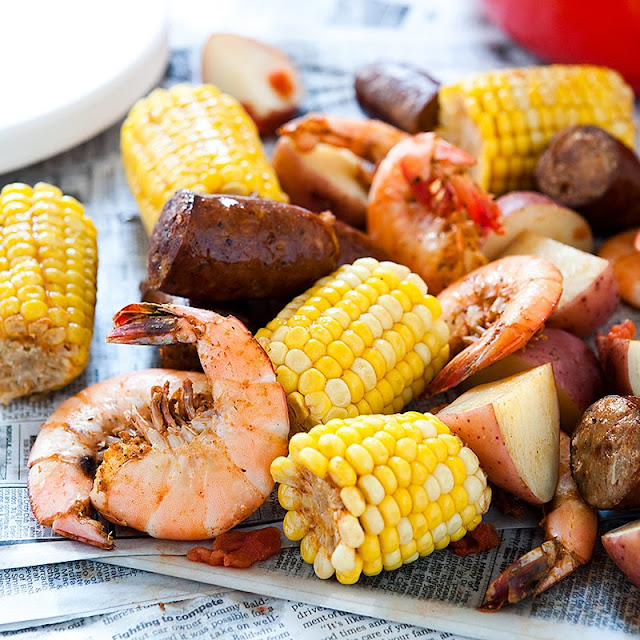 First get the biggest pot you can find and boil the potatoes until they are almost soft. Then add your corn and boil for a couple of minutes and then add your sausage and shrimp. Continue to boil just until the scrimp turns pink (this is really fast...it takes less then 3 minutes). Once the shrimp is cooked, drain that water and then start layering the stew in the styrofoam cooler. Over each layer sprinkle the creole seasoning. The more you add the spicier the dish is. Then let it set in the cooler with the lid on for no more than 15 minutes. Dump everything out on some newspaper and dig in with your fingers with a roll of paper towels near by and enjoy!

After this yummy dinner we dropped Livy off with some friends and headed down to Provo for the Stadium of Fire! In summary, it was such a fun way to celebrate the free country that we live in and honor those who have fought and continue to fight for our freedom.

Mia loved watching the sky divers they had, the dancers and after taking a couple rounds to warm up to them she in the end loved the fireworks too! And I of course loved Kelly Clarkson :) 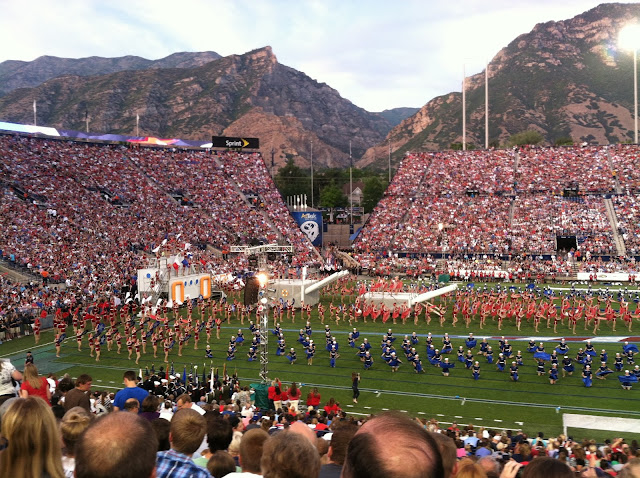 Awhile back we were talking with someone about how we use to go to all the BYU football games and it came out that I never had a "Cougar Tail" aka a 2 ft long maple doughnut so obviously it was necessary to have one this time around. Can I just say...DELICIOUS! 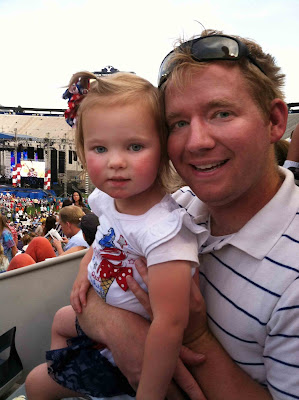 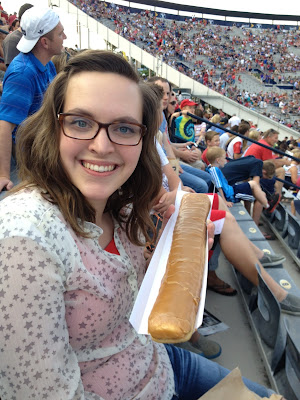 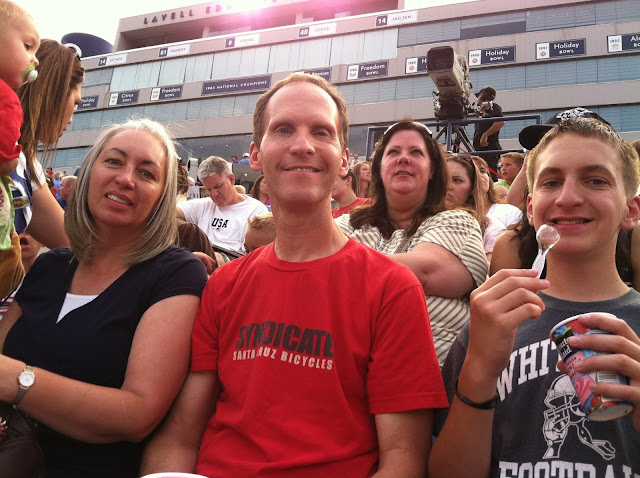 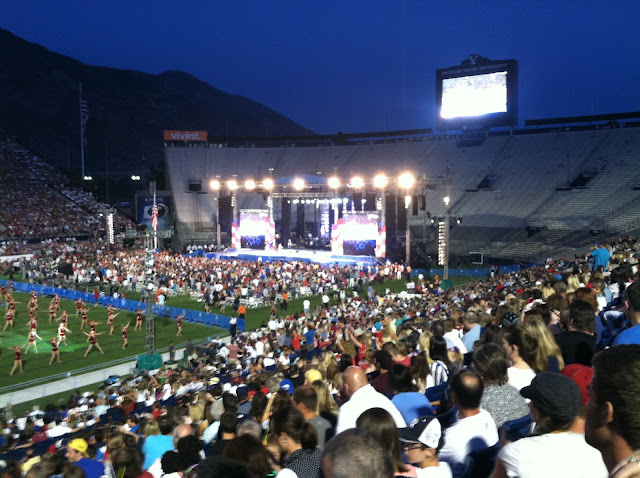 It was a great 4th of July weekend for the Caldwell's!
Posted by Hanna Caldwell at 4:13 PM