How on earth do I already have 4 year old?! Eric and I feel so very blessed to be Mia's parents and see what an amazing little girl she it. Mia loves to help especially with cooking and crafts, is sweet and very sensitive about her feelings, thoughtful about others, gets along with just about anyone, loves to color/draw, sing and play with friends. She is definitely our little social butterfly. My favorite thing over the last few days is when she wakes up she cleans her room, makes the bed and gets dressed all by herself! She says that she can do that now because she is 4. It's pretty much amazing since I never really taught her to do that. One day she just saw my bed made and decided to make her's. Once she saw how surprised and happy I was she's continued to doing it. Hopefully this is a long phase lol!

Anyway, back to her birthday...in April. It was another year of my being undeceive of what I should do for her birthday. Mia kept asking for a birthday party since getting to go to all of her friends parties; she specifically wanted a fairy party. I've been a little hesitant about birthday parties because first off they sound a little intense with a ton of little kids running around, needing entertainment and I really hate to make birthdays revolved around having a party to get lots of presents. Usually we just invite family over and celebrate that way, but we don't live by family anymore. About a week before I just decided I was going to have fun with it and do one! The upside to having thrown a lot of different kinds of parties in the past is I'm pretty equip with party supplies so that made it really nice and gave me the room to splurge on some things to make my life easier.

I had Mia list out who she wanted to invite and she picked out the invites. She was over the moon about getting to help plan her party, because she is her mother's daughter and loves all things crafts and parties already. In the short week it came together easily and turned out SO stinking cute! 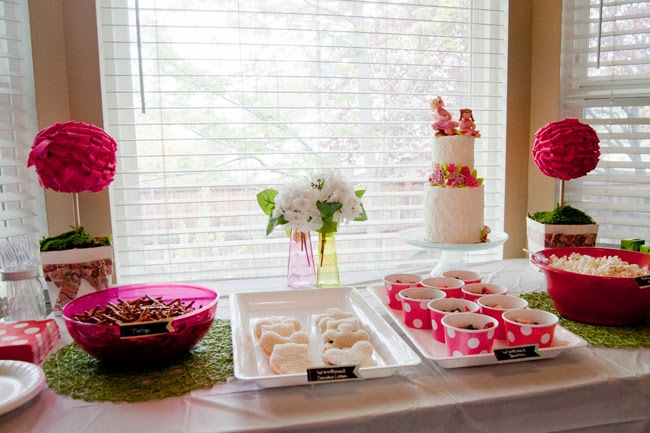 One of the things I splurged on, mostly for my own enjoyment, was the cake. A friend in my ward make amazing cakes and ever since trying them I was looking for any excuse to get one. She also does a super cute job on decorating them too. I had her do little fondant fairies to look like Mia and Livy. 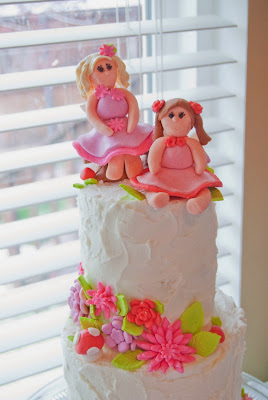 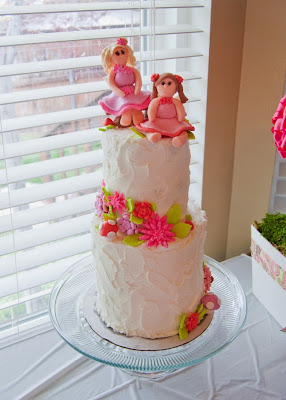 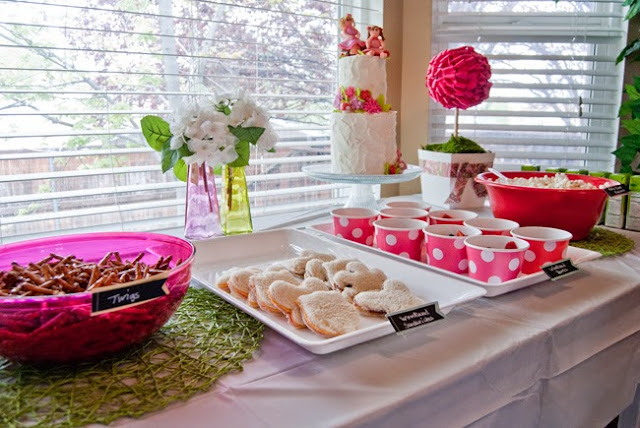 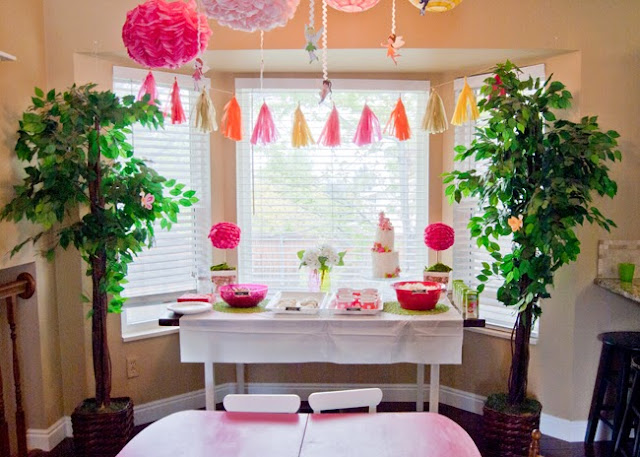 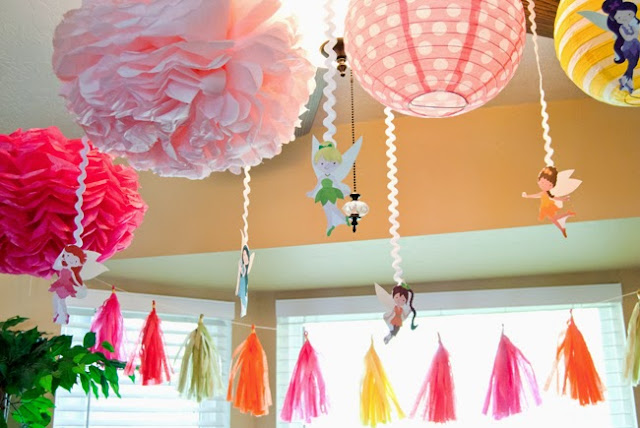 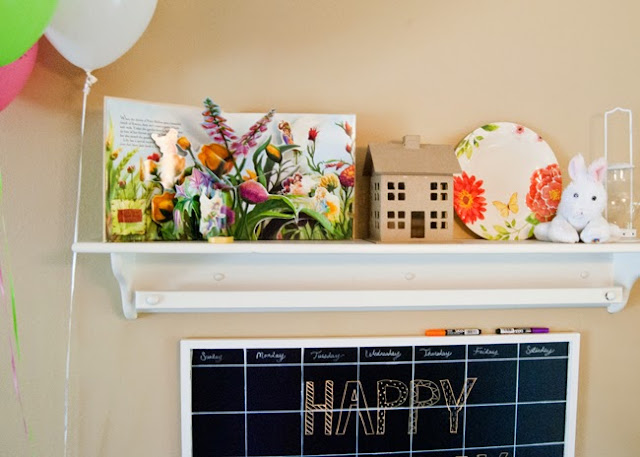 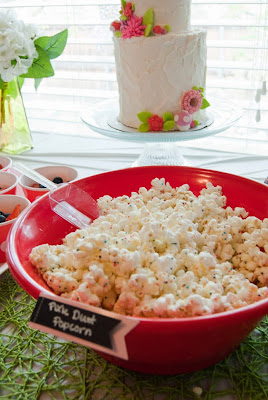 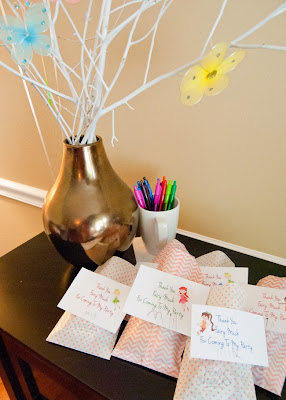 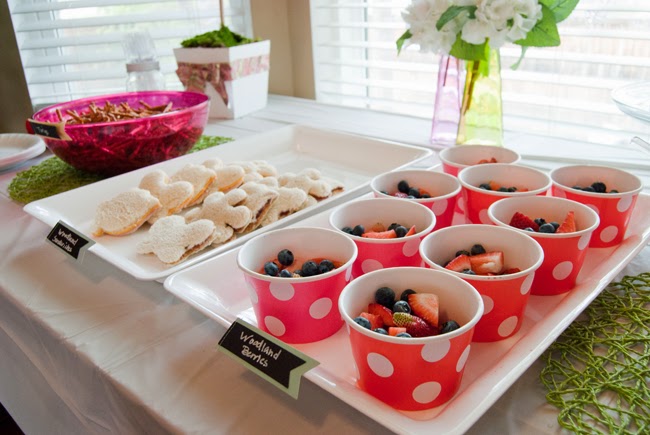 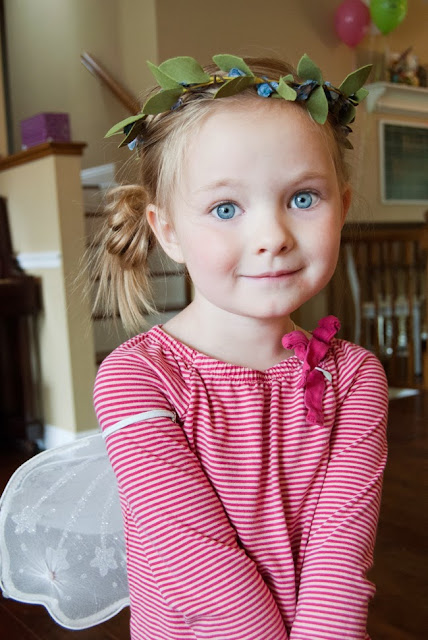 Livy, of course joined in on and enjoyed the birthday festivities as well. 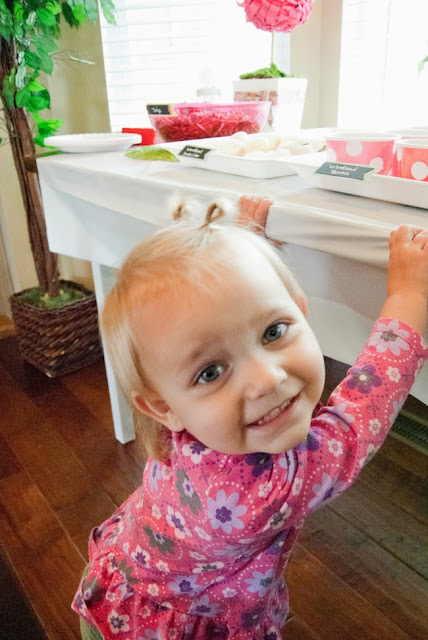 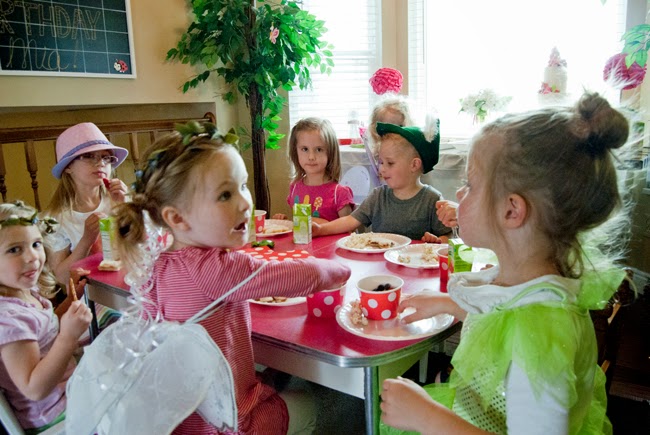 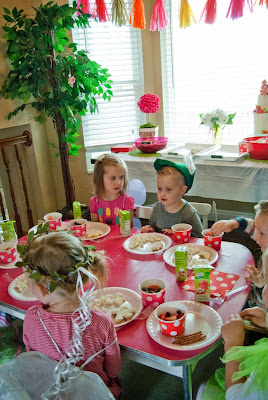 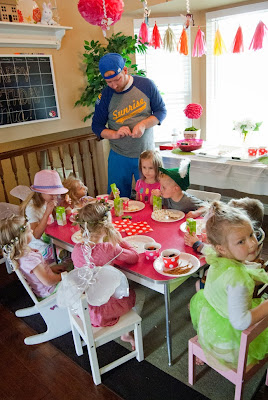 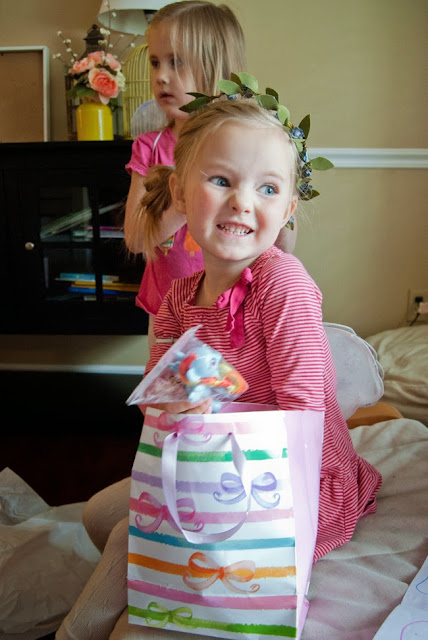 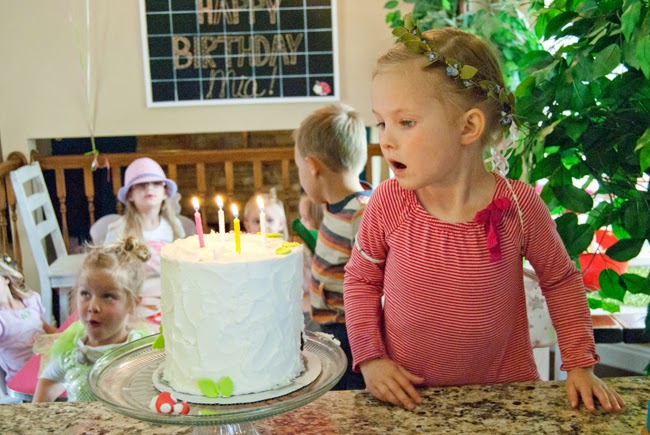 Another thing I splurged on (although being quite affordable) was having Tinker Bell come to the party. Mia was SO excited about this and I'm not going to lie that I may have been too...although for other reasons. Through this company here in Utah you can get Disney characters to come to your party and they literally do all the entertaining for an hour! Eric and I just got to sit back and watch as Tinker Bell entertained 7 kids. They read a story, sang songs, played games, took pictures and did a craft. 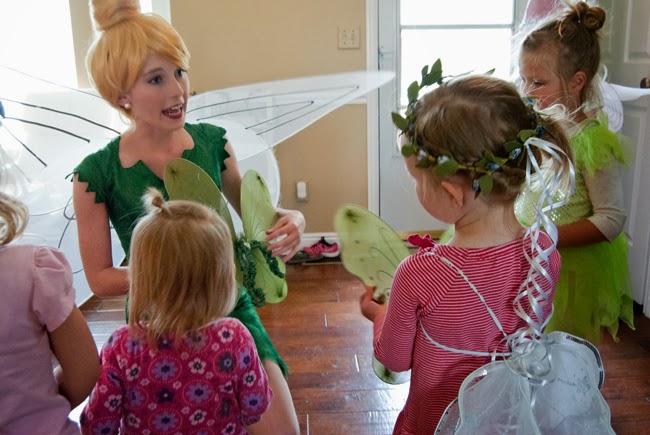 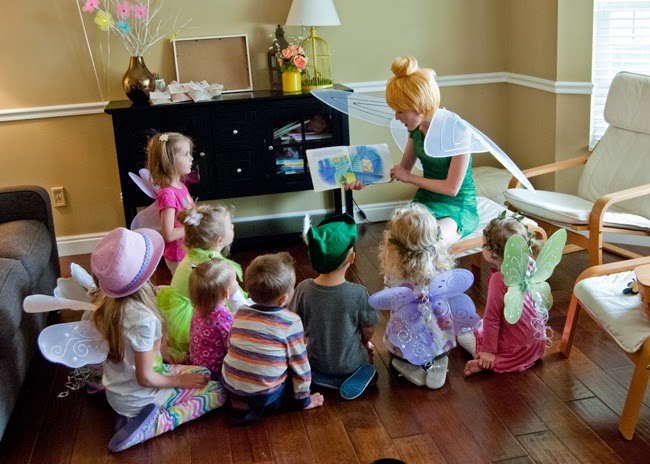 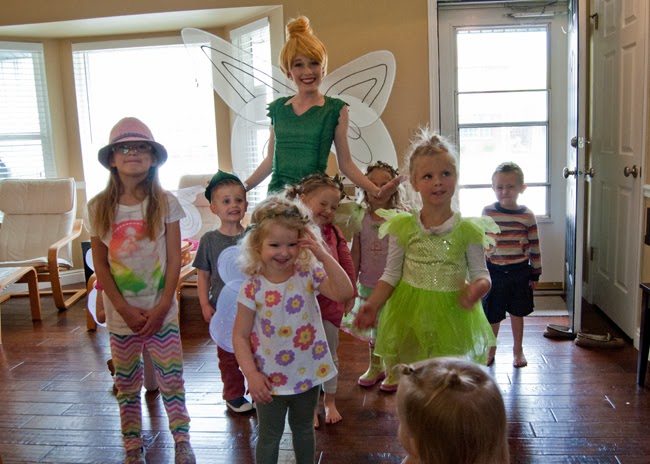 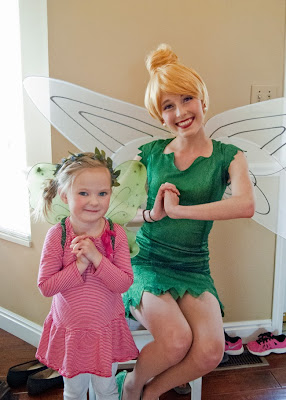 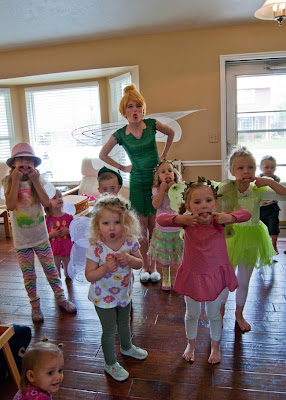 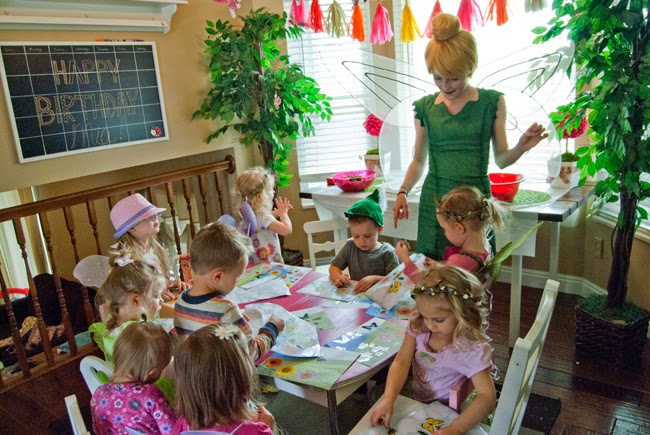 I'm afraid I might have set the standard a little too high for future birthdays as this won't be happening every year but I must say it was pretty fun to do.
Posted by Hanna Caldwell at 4:10 PM