One month later, after lots of fun, food and being with family we are finally back home and officially ready to start the new year!

The week before Christmas Mai and I went out to Ely with my mom when Eric was in California. Mia spent her first week at "Grandma's house" pretty sick which landed her a visit to the doctors. After getting some drugs Mia slowly regained her health, but not before coughing in everyone's face and wiping her nose just about on every surface of my mother's house. Luckily, even with Mia so lovingly sharing her germs the rest of us were able to stay healthy for the holidays. I spent the week sending my parent's Christmas cards, wrapping all the presents and baking all their goodies to give to people and of course watching all those Christmas movies my mom recorded for me throughout December. Eric flew right into Ely that weekend and had the next two weeks off which was SO nice to have him around and free! Sara, Collin and Addi also came to Ely that weekend just in time for Christmas as well.

We usually have Christmas Eve dinner at my Grandma's house but she was sick that whole week as well so we stayed home and had a yummy meal with all our usually favorite holiday dishes. Mia wasn't quite better by then and was just really grumpy so she was in bed by 6:30 and we had the rest of the night to enjoy child free. And of course it wouldn't be the traditional "Robertson" Christmas Eve without reading the story of Christ's birth from the Luke and singing all the Christmas hymns.

Christmas morning started when Mia got up and we all started showing ourselves in the living room. Having Mia unwrap a present every week in December was a great way to practice her "opening presents" skills; however she still wasn't super excited about the whole thing as I think she will be in years to come. Some memorable moments/gifts on Christmas morning was first, the quilt Sara and I made my mom from a bunch of my Grandma Bohn's house dresses that we took after she passed away. When you can make mom cry from opening a gift you know it was a successful gift :) Another great moment was when Seth opened his present from Sara and Collin. All he wanted this year for Christmas was a PS3 so when he opened the gift to see a PS3 box he was so excited until he opened it to find a sweater. We all couldn't help but laugh at his disappointed expression while trying to still seem grateful. Poor kid was close to tears! However, don't feel too bad because Mom and Dad had his real PS3 waiting for him to open next so all was forgiven. All in all it was a great Christmas opening gifts with family and we were grateful to be a part of it. After gifts we had our traditional Christmas brunch and as tradition ate way too much! 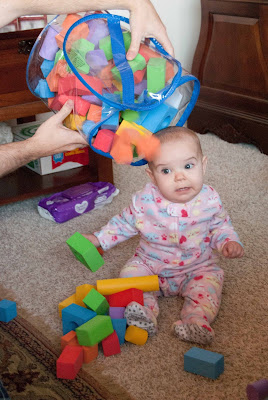 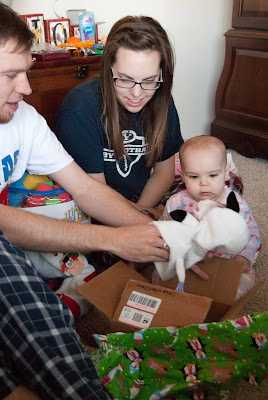 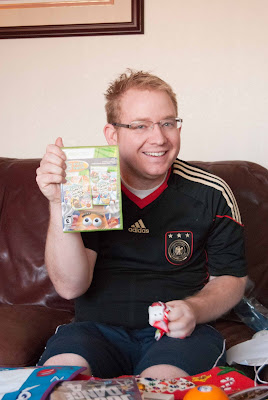 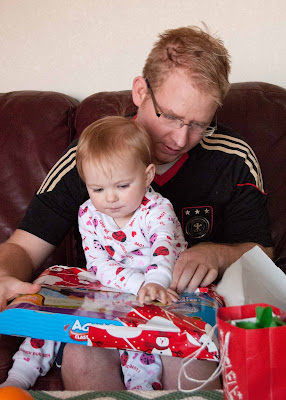 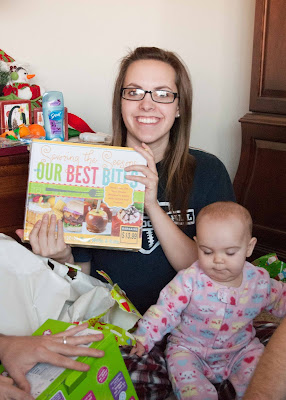 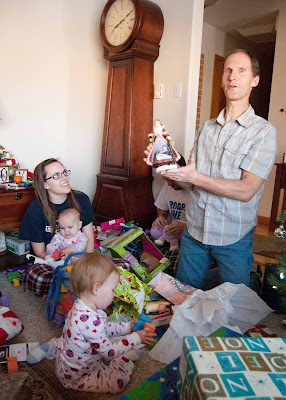 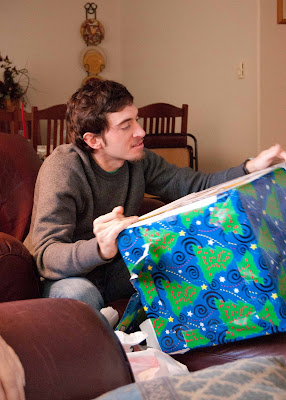 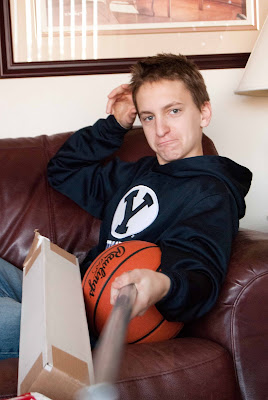 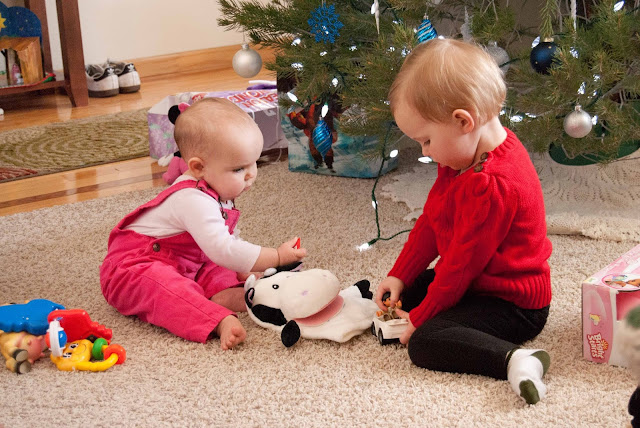 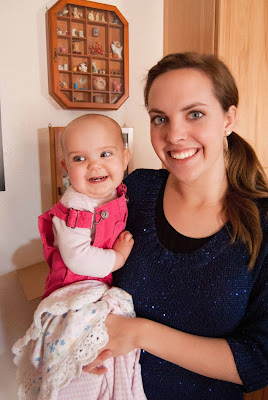 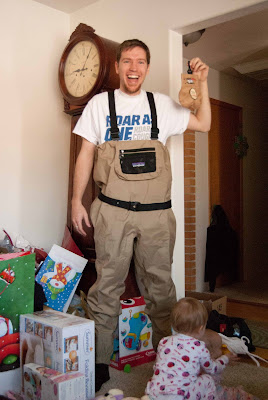 Before Sara and Collin left to go home a few days later we decided to go sledding with the girls. It was freezing outside and getting dark so we didn't stay long but the pictures that I captured were priceless! Mia LOVES sledding. Eric even had her go down a few times by herself and it was really funny to watch her go down with her hands out and yelling the whole way down with a smile on her face. (Please excuse some of the really grainy pictures!) 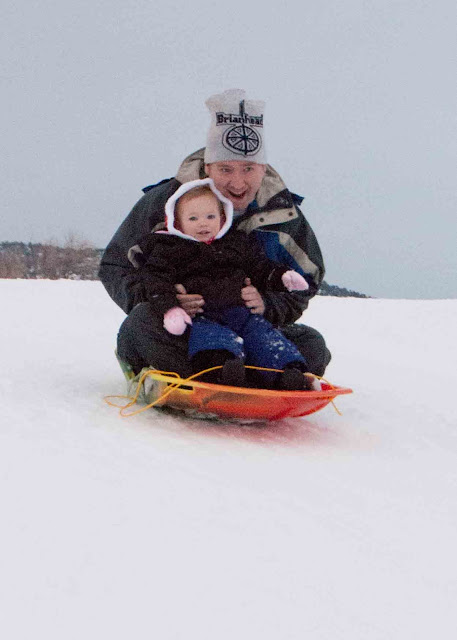 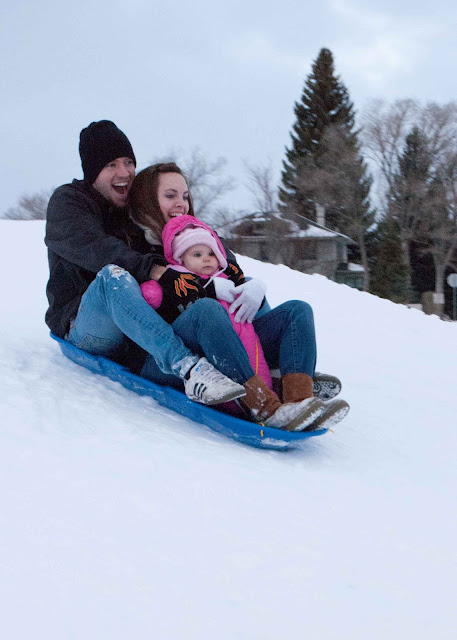 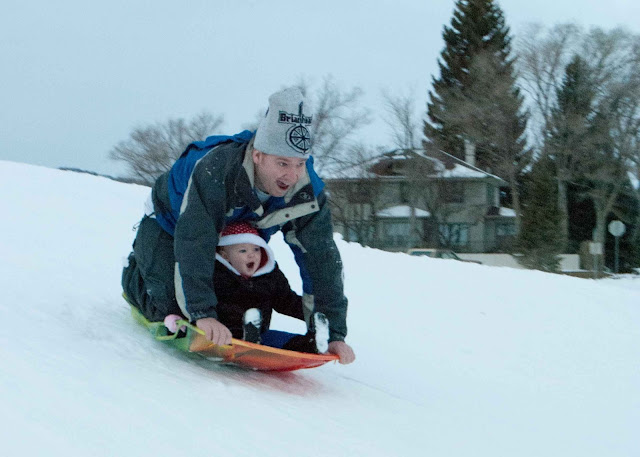 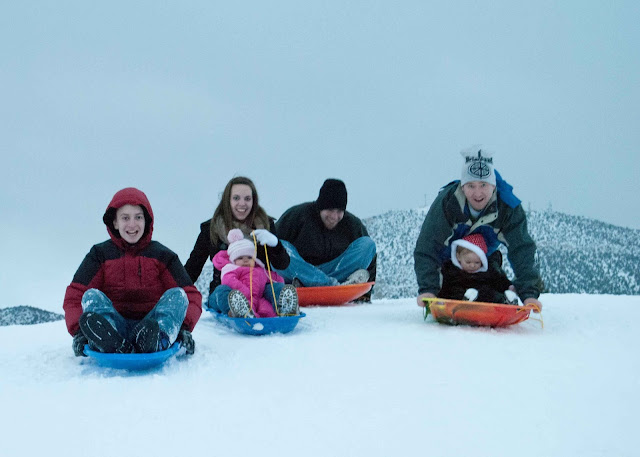 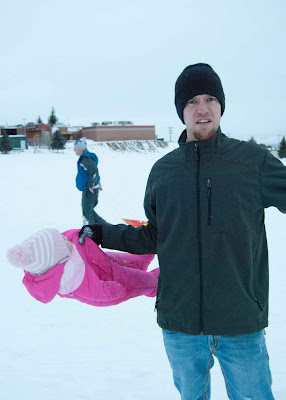 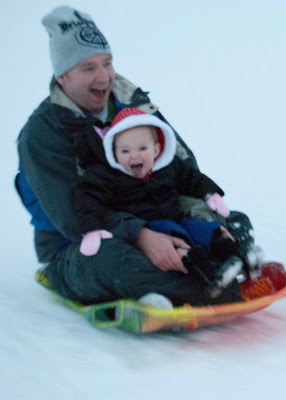 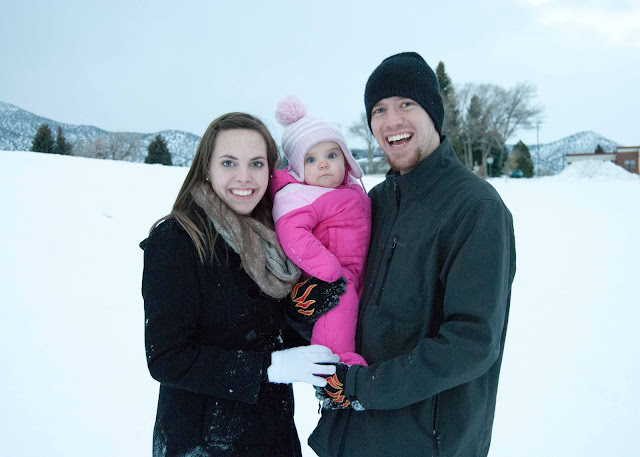 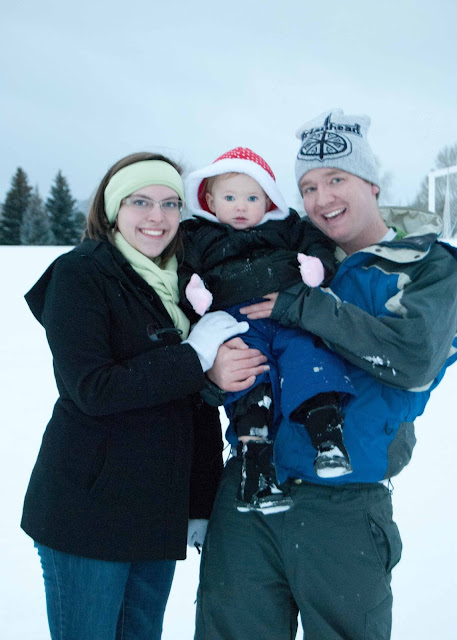 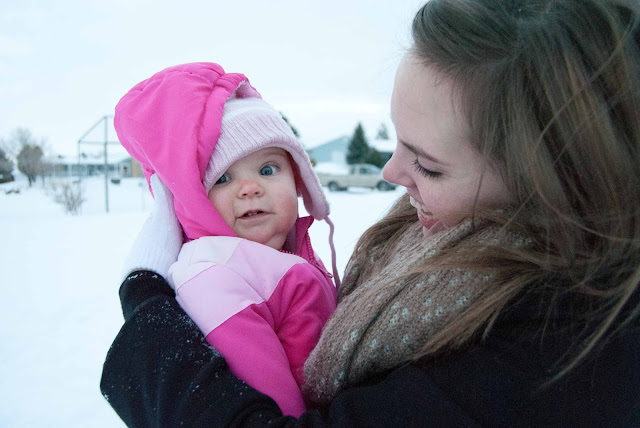 With Christmas over we were on to celebrating the New Year. For this holiday Tyler and his family came down to enjoy it with us. Mia had fun having Sophia to play with and for the most part they seemed to keep out of too much trouble, but enjoyed many times their favorite "scream and then laugh" game. For New Years Eve we originally had this big party planned with lots of activities and games, but after eating a big dinner we were all way to stuffed to do anything but sit around. When it looked like we were about to loose everyone from going to sleep around 10pm we decided to pull out the new Just Dance 4 game and it saved the night! We all had so much fun that we (for the first New Years in awhile in my family) made it past midnight!

Also when Annelise was there she did Mia's hair everyday. She did that hard step of getting Mia to hold still long enough to do it. The first day Mia acted like is was torture but by the third day she would let her do it without fuss. I've been trying to do it everyday now to keep Mia use to it. A BIG thanks to Annelise for doing the hard part and I must say I didn't think Mia could get any cuter until I saw her in pig tales! 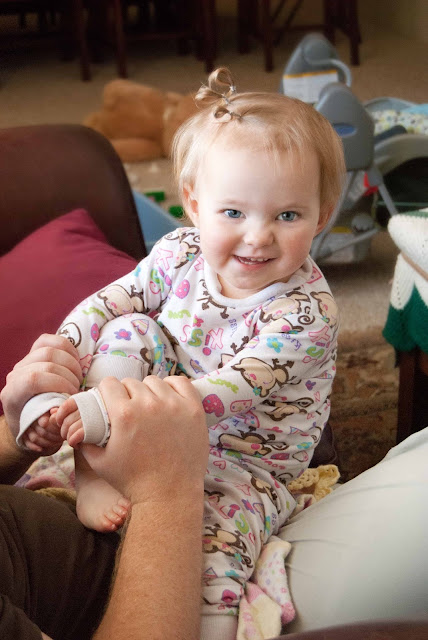 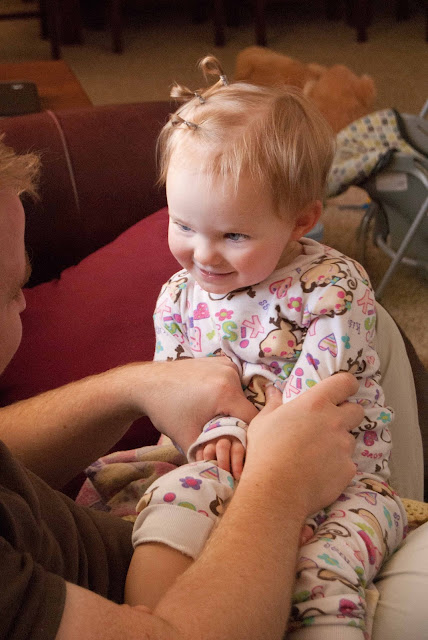 Tyler's family left a few days later and it was back to just us at my parent house. Eric worked from the house  for a few days and then flew back out to California. Mia and I enjoyed one more week in Ely. I was worried how Mia would do that long of time at my parent's house, but she did so great! She loved playing with all the toys my mom had for her grandkids as well as all of the attention from Grandpa and Grandma and Uncle Nathan. My parents were also great enough to even drive out with me to Windover to meet Eric so I wouldn't have to drive by myself in all the snow.

I'm so grateful for a wonderful family and parents who have been such a big help with Mia when Eric travels.
Posted by Hanna Caldwell at 3:13 PM