One of the great things about Eric's company is that every year they treat all their employees to a bonus dinner weekend where they flight you and your spouse out to a nice hotel for the weekend, host a nice dinner and hand you a nice bonus check. We have been so impressed with how Sunrise Technologies takes care of their employees and shows their appreciation to their families who they have to leave each week for the job.

First off, I want to give a BIG thanks to my sister Sara and her husband for watching Mia while Eric and I got to enjoy this weekend all to ourselves. We really appreciate them taking on the challenge of our daughter along with their own and every thing else they had going on. Eric and I don't get much time together, especially when it comes to getting out of the house so this was a real treat for us!

We flew out of "extremely" cold Salt Lake City Friday morning and less then 2 hours later where in beautiful San Diego with high's in the 70's and sun shining. Boy did that feel wonderful! Some of the highlights of past trips and trips we talk about taking is the food we eat and this trip was no exception. So upon arriving we decided to grab some lunch, but decided beforehand to try out some places we had found that were featured on some of the show on Food Network. (For those interest there is an app you can download called TV Food Maps that shows you all the places that have been featured on different food shows closest to you.) From this app we decided to try to place called Hodad's Burgers. It claims to be in the top 5 best burger places in the country so obviously we had to try it. Even with a line out front we were able to get in pretty quick and enjoyed a fabulous burger, fries and chocolate milkshake not to mention a fun atmosphere. 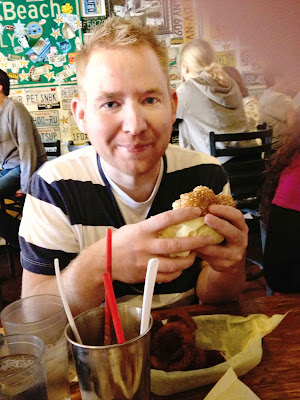 Next we decided to check out our hotel. For this year's bonus dinner they reserved everyone rooms at the Grand Del Mar.Talk about fancy! Eric and I felt like we probably stuck out like sore thumbs because we weren't use to all the great service such as greeting us at the door, taking our bags to the room, turning down our covers while we were out at night and leaving chocolates and rose petals on our pillows and providing us with our own slippers and ropes. After relaxing at the hotel room for a bit we went to a gathering that Eric's company was putting on with appetizers and drinks. Eric was able to introduce me to some of the people he works with and we were also able to see a few others that were hired on from BYU along with Eric. I get along really well with on of the guy's wife who I spent time with in while I was Fargo, North Dakota this summer. She is expecting their first baby and is due just a couple days after me and is also a twin so it's nice to have someone who I really relate with, plus gives me someone to talk too and these work gatherings :) 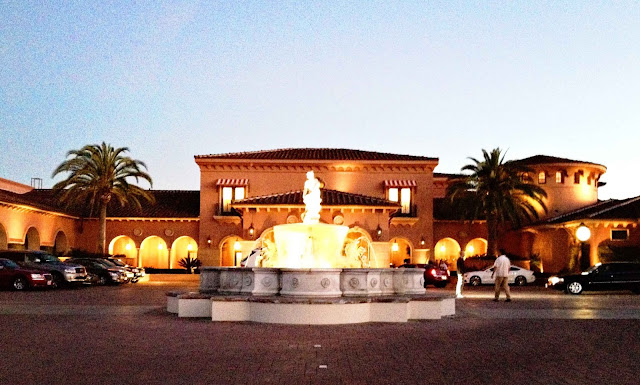 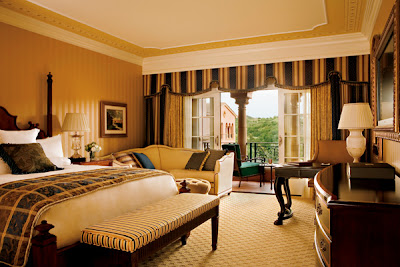 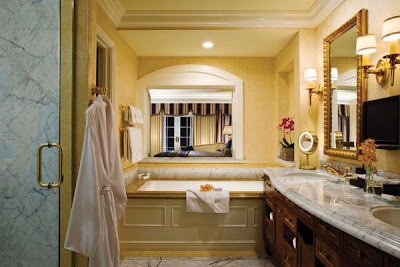 Saturday we started off the day by going to breakfast at another restaurant we found through the TV Food Maps. It is called Hash House A Go Go. Reviews all warned to prepare for a wait which we ended up waiting for about 40 minutes but it was SO worth it! The food was AMAZING with plates the size of the table! Eric and I split their signature french toast dipped in banana cinnamon cream with pecan maple syrup. So yummy! We found out that there is also one in Las Vegas so if you ever find yourself there make that a MUST place to go for breakfast! Eric and I spent the rest of the day shopping/walking around these outlet stores they had near the hotel. It was fun to just be out with Eric and shopping is always more enjoyable without an antsy toddler :)

That night was the fancy bonus dinner. It was formal so Eric and I got to get all fancied up and enjoy a nice 4 course dinner following drinks and appetizers. The boss of the company spoke for awhile after the dinner about how successful their year had been and that he was giving out over 4 million dollars in bonus!

It was such an enjoyable weekend leaving Eric and I both excited for next's years bonus dinner! Even though it was an adjustment when Eric started this job and I'm constantly getting those "poor you" looks when people find out that Eric has to travel for work, I am very grateful to the Lord providing us with this job and such a great, family-friendly company. It has helped me also appreciate Eric more and what a blessing it is to have him as a husband and father to my children. If anything this job has made him a better at both!
Posted by Hanna Caldwell at 4:53 PM