Yes...breads and smoothies have been a large part of my diet as of late. Mia still is also sharing in my smoothie kick who also asks for one multiple times a day. We usually only make one a day, but lately I've already craving another by the afternoon so I'll make another. Looking on the bright side, I would say this craving is a lot better then my daily oreo milkshake I had while pregnant with Mia :)

As for the breads, I am also always craving homemade bread of some short however I don't really cook  a lot when Eric is away and it's just Mia and I. Now that he has been home more lately I seem to always be making some kind of bread!

Anyway I though I'd share some recipes that have been some real hits and that you should seriously consider making yourself :)

First up on the list is homemade bread. I finally got brave and tried my hand at making my own bread. I grew up on fresh, homemade bread and am always craving it however, in past experiences I have had awful luck with homemade rolls and bread. After finding a roll recipe that is impossible to fail at (even if I don't let it raise for the full amount of time) I decided why not move onto bread. 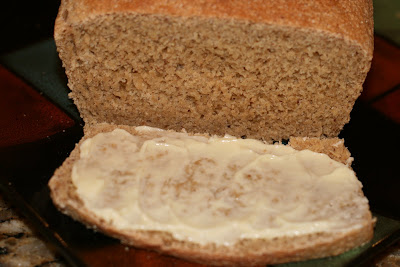 In this recipe she grinds her own wheat, but since I don't have a wheat grinder I just used whole wheat flour from the store. If using store bought flour you don't need nearly as much!! Luckily the first time I tried it I didn't put all the flour in before mixing it before I found that out. Also my dough wasn't as sticky as her's and it still raised really well and tasted great! I am now finding myself eating way more bread then usual! 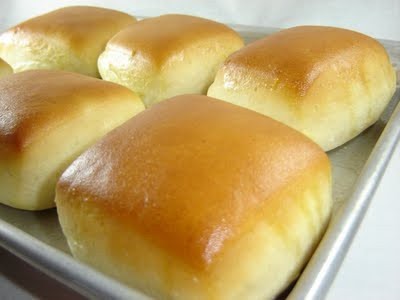 While we're on the subject of breads, I just made this copycat recipe for Texas Road House Rolls tonight and they were Ah-Mazing! I must admit I've always had a weakness for these rolls when we go to eat at Texas Road House and end up eating at least 4-5. Now we can skip the cost of eating out and have them right at home. We even made the cinnamon butter they serve with it too. Yum!

Ok so obviously I'm on a little bit of a carbo load lately,so thank goodness these are more on the healthy side! The recipe is for banana bread, but I just make the recipe as it says and put them in muffin tins and cook for about 15 minutes (It makes 12 muffins). What I love about these is that for as "healthy" as they are they are delicious and they help fill the need for sweets when having a sweet-tooth craving. A few substitutes I do are I use coconut oil instead of safflower oil and I use dark chocolate chips instead of chopped up dark chocolate. And what makes these even better are nuts!

I hope you enjoy these recipes as much as I have lately! :) Have a great week!

P.S. Everything for Livy's room is almost complete! I'm so excited to put it together along with some new updates to Mia's room, including her new bed we made. We just need to make the headboard and paint! Pictures to come soon!
Posted by Hanna Caldwell at 7:44 PM