Ok so between the last update post I did on Miss Mia and this one she is not ALL grown up (thankfully!), but she has learned a lot since then! 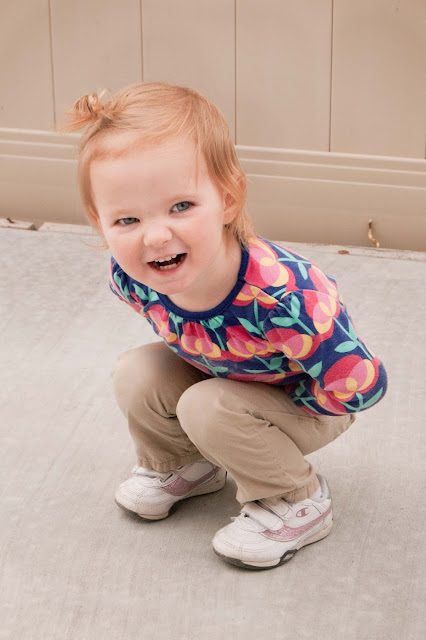 1. Climbing up on the kitchen counters. Yep...we have a climber on our hands and that means all those things I thought were safe and out of her reach up on the counters are looking for a new home.

2. Singing and Dancing. Mia literally LOVES to sing (aka say a few words from the song). We listen to songs from the Lorax and Frog Princess just about every morning and her face lights up instantly. She's even picking up a little bit of Kelly Clarkson :) She was also asks us over and over again to turn on Just Dance for the xbox which she will dance too. Gangnam Style is by far her favorite to jam out to.


4. The Paper Bag Princess. This is her new favorite book which we read at least twice a day which I'm ok with because I kind of love it too :)

5. Tantrums. Terrible two's are fast approaching and the screaming has been bumped up a couple notches. I wouldn't say her tantrums are becoming more frequent just a little more intense. Anyone have some good advice for this?

6. K-I-S-S-I-N-G. When Mia plays it always involves making whatever two things she is playing with kiss. Just the other day she was looking through the DVD, pulled two out and put them together and made a kissing sound. She even likes to try and push mine and Eric's heads together as she say "kiss" so we will kiss.  Maybe this could get to be a problem lol.

7. ABC's. Mia knows the whole alphabet! Not in order but she can point out every letter she sees and says what it is. We're still working on counting and colors. (She thinks just about everything is yellow).

8. Pretending to sleep. Mia's favorite "pretend" game is sleeping. She drags her pillow and blanket all around the house and pretends to go "nigh-nigh" on any surface she can find. She'll even squint her eyes have half a second for a real effect haha.

9. Sneak attack hugging. For some reason Mia finds joy in running up to her little friends and giving them a sneak attack hug around the neck from behind which usually involves both of them falling over backwards and her friend crying. What can I say...the girl loves hugs and kisses. Now we are just trying to teach her to maybe try giving them from the front.

10. Master escape artist. Along with being a climber, Mia now has the nick name "escape artist" in nursery. She is always finding ways to open the door as well as turn off the lights. When I went and got her from nursery the other week they finally put baby gates up because of her. Yeah...she's a little bit of a handful sometimes with how adventurous and curious she it. 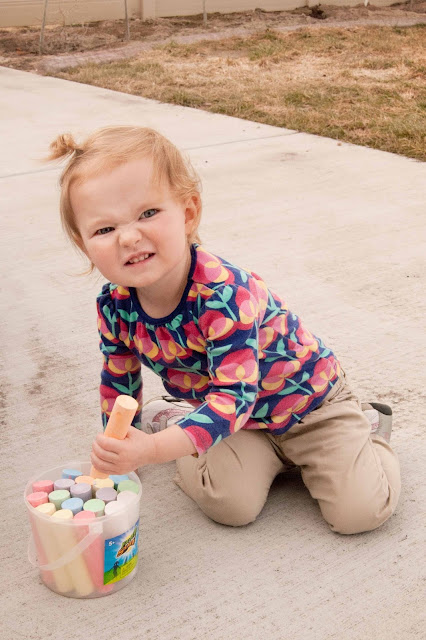 Can you believe at the end of this month I'll have a two year old...and dare I say a newborn!! Where does the time go! And if you didn't catch that...it's true, I'm on the final countdown with baby #2 and I am SO ready!

Posted by Hanna Caldwell at 2:42 PM