I watched Sophia yesterday for Annelise since she has not been feeling well. Sophia and Mia always seem to have a good time together (even if Sophia gets a little annoyed with a tag along sometime which doesn't bother Mia one bit lol). There is one cupboard I'll let Mia play in in the kitchen, which has all her food jars in it. I walked in to find that Mia had shown Sophia her secret stash of food. Luckily this is the kind of food they can't get into and make a really big mess.

Since Annelise does hair, Sophia has started to love playing with hair. The other day I was sitting on the ground and she came over and started combing my hair and running her fingers through it to see if my hair was straight on both sides. Yesterday, she found a flashlight and was running it over Mia's head like she was giving her a buzz cut and it's not hard to imagine Mia with one since she already looks that way! :)

These two will be quite the pair of trouble makers at family get-togethers along with on addition to their group in April when Sara has her baby girl! It will be so fun to see how they all get along as they grow older! 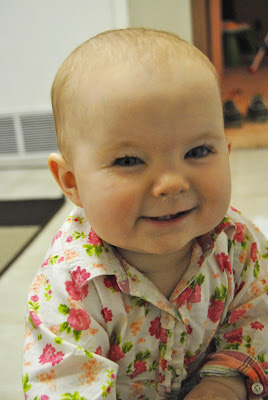 To add to the many faces of Mia. 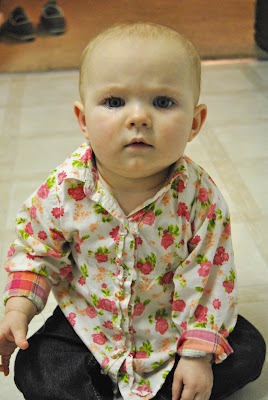 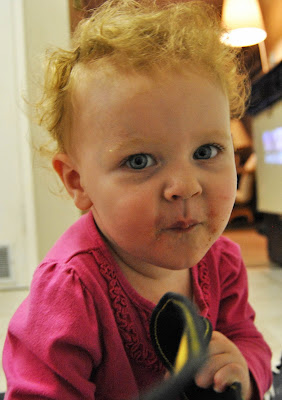 Sophia would walk up to Mia, crouch down and laugh in her face, which would make Mia laugh too. 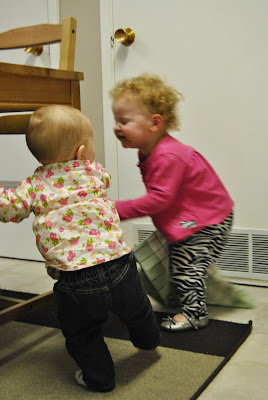 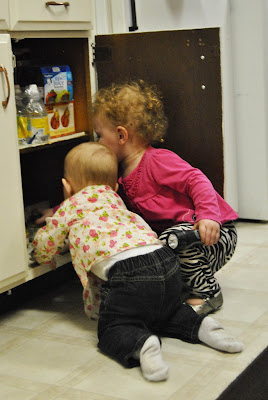 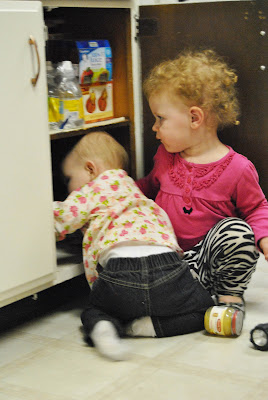 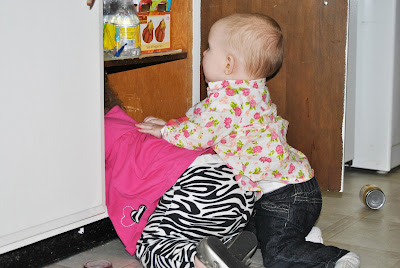 Sophia is also really good about giving Mia kisses. Mia would sometimes even give her one back, but with her mouth fully open and tongue out as usual. 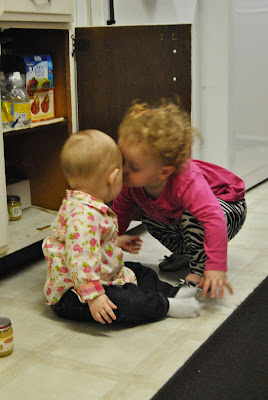 This razor cut by Sophia... 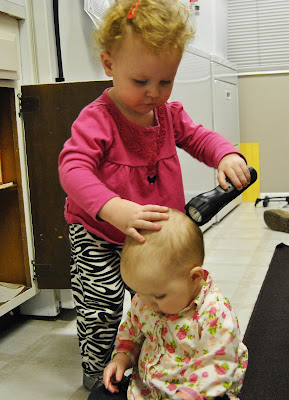 Both of them had to test out the taste of the jars. 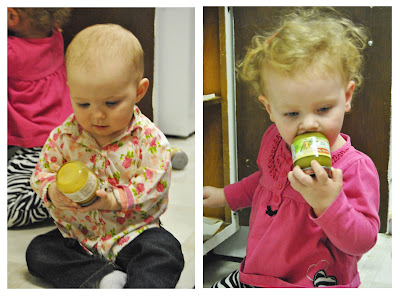